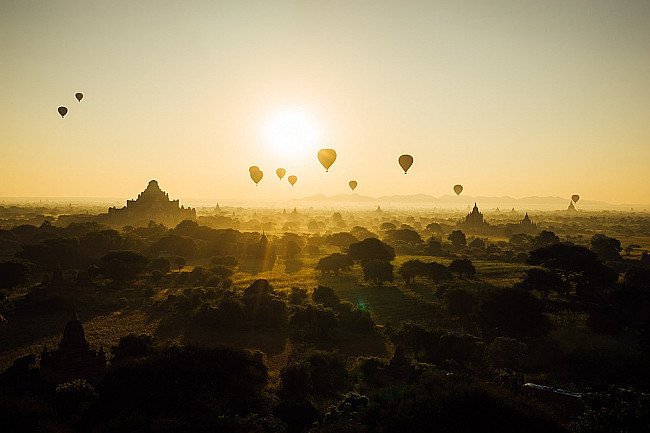 Known as the "Land of Pagodas", Burma is also known by the name Myanmar. Throughout the world, Myanmar is known as one of the major countries following Theravada Buddhism. Around 89% of total population follows Buddhism in Burma. Burma is known all over the world for their unique Buddhist tradition and rituals as well as largest numbers of Buddhist temples and monasteries, pagodas and stupa. Most of the Buddhist monks are considered important members of Burmese society. According to Buddhist tradition in Burma, many Buddhist people also believe in Nat worship. Nat are considered as the form of spirits who are believed to intercede with affairs related to world.

Being venerated member of Buddhist society, the role of Buddhist monks is quite important in the Buddhist society in Burma. Buddhist cultures and many Buddhist monuments are quite famous all over the world for their historical and religious importance as well as its scenery. Bagan is known all over the world for their most unique Arial scenery through balloons. Some of the important Buddhist monuments in Burma are Shwedagon Pagoda also known as the Golden Pagoda, Mandalay Palace, Sule Pagoda, Mahamuni temple and much more. The image of Mahamuni Buddha and its history is quite infamous in Burma and all the Burmese Kings envy the beauty of Mahamuni Buddha image.