Buddhist temples and Monasteries in Burma 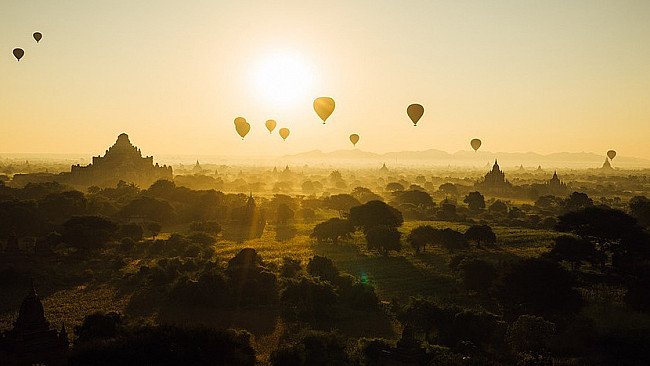 The majority of Burma or Myanmar's population (which is almost equivalent to 89%) follows Buddhism in Burma. All the parts occupied by the Burmese people are full of different Burmese temples and Buddhist monasteries. These religious structures are not only influential in a spiritual as well as religious life among the Burmese people, but they influence the lives of Burmese people in politically and socially too. 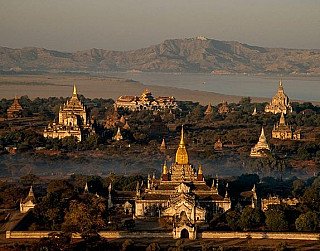 Burma was introduced to Buddhism after the Theravada Monks were sent to Burma and other Southeast Asian nations by Emperor Ashoka. This was followed by the Burmese people getting attached and adapting Buddhism as their religion. As the time went on, many rulers ruled over the land with the influence of Buddhism increasing as it went on. The Shan dynasty, meanwhile established themselves as rulers throughout the region now known as Burma. Thithatu, established his rule in Bagan and he patronized many Buddhist monasteries and temples in the region. These Buddhist temples are later known as Burmese Pagodas as they were built with Pagoda styled architecture. Buddhist monasteries are known as wihara in Burmese which means "monastery" but the native Burmese word kyaung is more preferred.

Burma is also famous for numerous Buddhist temples called Pagodas. That is why Burma is known as Land of Pagodas. These Buddhist temples house many types of Buddha statues which are kept to pay respect to the Buddha. The temples are in tiered structures. The tapering shape of a pagoda painted white or gilded into a shining gold is a basic part of any Burmese landscape. Many regions in Burma are home to many Burmese Buddhist temples. The former capital Yangon (formerly Rangoon) has various famous pagoda temples like Shwegadon Pagoda, Sule Pagoda, Mae Lamu Pagoda, etc. Mandalay, which is a cultural and religious centre of Buddhism in Burma, has many monasteries and more than 700 Buddhist temples which are Mahamuni Buddha, Shwenandaw Pagoda, Sandamuni temple, and Kyauktawguy Paya Pagoda to name a few. Another region which is popular for Buddhist temples in Burmais Bagan. Formerly known as Pagan, the region is home to hundreds of many old Buddhist temples like Ananda temple, Thatbyinnyu Temple, Shwegugyi temple, Mahabodhi Temple, Tharabha gate, Sulamani temple, Dhammayangyi temple and Mingalazedi Pagoda to name a few. The Bagan region has been unsuccesfully been tried to be designated as World Heritage site due to the presence of many ancient pagodas, Buddhist temples and monasteries in the region.

Our Burmese Buddha statues in our catalog