By: Kathleen F. Johnson and Tsai Yushan
Translations by: Kotoh 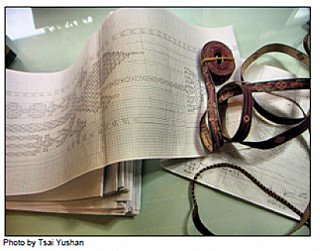 “Sasigyo” is a Burmese tablet-woven cord which is used to bind Buddhist scriptures. In Burmese the word literally means “cord for tying manuscript leaves into bundles.” These pieces have not been woven in Burma for many years, with very few written records about their history; most of what we know of them must be inferred from the objects themselves.

The sasigyo are just one part of an integrated and complex artistic craft tradition surrounding the Burmese Buddhist scriptures called kammavaca. These scriptures, which pertain to the regulation of Buddhist monastic life, were often commissioned by devout lay persons and presented to a monastery, thus generating religious merit for the lay person. In some cases they were a memorial offering in behalf of a departed loved one, and presumably the departed was the recipient of the merit. The volumes were often lavishly decorated with ornamental medallions and patterns and were written in elegant script using lacquered letters; this was called “tamarind seed writing.” The finished pages were stacked and sandwiched between two carved wooden covers. Two strings were passed through holes in all the pages and the covers and tied, thus preserving the proper succession of the leaves. The finished manuscript was wrapped in a special mat called sa-pa-lwa, made from thin bamboo ribs and wrapped or woven with colored cotton threads.

The weavers of the sasigyo and the mats were women, whereas the manuscript makers were men. Although women were barred from making merit through entering the monkhood, weaving for religious purposes offered them an alternate way to make merit. 4. Some of thesasigyo weavers were skilled private craftswomen, but most were paid professionals who took on commissions for weaving sasigyo for individuals.

The weaving of sasigyo is a highly skilled and time consuming job. Apparently it took a full three months to train a weaver. Even then the pay was poor. Some, but not all, of the commissioned sasigyo were inscribed with the name of the weaver and the donor plus the place and date it was made. Noel Singer has done a landmark study of the Kammavaca manuscripts and their binding ribbons. He notes that the first dated sasigyo we have is from 1785 and the last from the early 1970’s.

From my collection of forty-five sasigyo, we will take a closer look at three which I consider to be exceptional. The first piece has a black background rather than the more usual indigo blue, red or multicolored striped background. More remarkable than that, however, is that the name of the weaver is woven into the piece in English! Perhaps there is some cultural ostentation here since the piece was probably woven during the British colonial period. The sasigyo can be read as text starting from the loop and ending with the tail.

Ralph Isaacs is a well known scholar of Burmese craft and has contributed much to the knowledge about sasigyo. He kindly looked at the inscription on my black sasigyo, translated the dedication and commented that, in general, much of the first part of the text of sasigyo is formulaic and largely unremarkable. “Still, the inscriptions reflect the beliefs and practices of the Burmese Buddhist donors. The second part of the inscription may contain a more personal expression of the pious hopes and wishes of the individual donor. The dedication on this black sasigyo tells us that the weaver was named Ma Hpwa Mya, and that she was weaving the band as an act of filial piety in order to bind a kammavaca manuscript, made with the best silk hip wrapper (“pasoe”) of her dead father”.

See the collection of manuscripts and Buddha statues in our catalog

Subsequently, I received another communication from a translator in Yangon, Myanmar, which puts another slant on the inscription. He notes that ashes from the funeral pyre of the departed might have been included in the lacquer composition, called “thaiyo,” which is used to create lacquer objects, including manuscript pages. It is equally possible that the silk pasoe was cut up and used as a foundation overlaid with lacquer layers to create the blank pages. Sylvia Lu has affirmed this possibility in a personal communication. Cutting the pasoe into page-sized pieces and then stiffening them with layers of lacquer composition containing bone ash from the cremation of the deceased would create a powerful memorial and create special merit for the donors and the departed. My Burmese informant tells me that the practice is well known among Burmans. Ralph Isaacs has recently presented a paper at the Burma Studies Conference called, “Dammacedi: Manuscripts and Other Objects made with Cremation Ashes,” in which he details this practice.

” May all beings be blessed!

U Hpo Kyoo was married to Ma Ka-lay, famed as a dutiful loving wife.

When U Hpo Kyoo passed away in due course, the family members with great enthusiasm

gave their personal belongings to charity in the name of the deceased.

Their generosity and faith in religion was so immense, like a flower being showered in heavy

rain, that they transformed U Hpo Kyoo’s fine possessions such as

pasoes, shawls and carpets into a volume of Nine -Chapter - Kamawar Scripture*.

For the meritorious donation of this adorable holy scripture, by the miraculous fruition of paying

homage to the Lord Buddha’s Teachings,

We make our wish: May we attain Nirvanna straight and surely. May all beings, gods as well as

humans, from our masters, parents and relatives

To uncountable numbers of beings in the countless number of universes, share our merit, 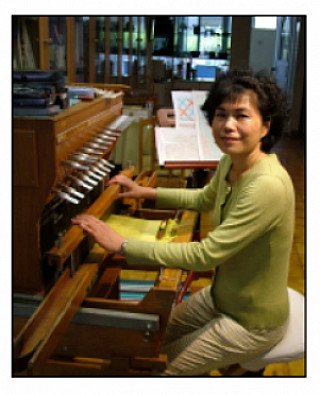 All of the sasigyo we are looking at here were woven with the double faced tablet weave technique. This allows for a nearly unlimited range of weaver-controlled design, including numerous unique decorative motifs and yards long texts in ornate script within a single piece. In short, the weaver uses a series of square tablets with holes in each corner which must be threaded in with two light and two dark warp threads from front to back or back to front in a prescribed order. These threaded tablets are then turned in such a way as to create a shed opening through which a weft thread is passed to create the interlacement. The weaver could control the pattern by bringing the required pattern threads to the surface of the warp while the rest of the tablets wove the background. The pattern appeared in the opposite color on the obverse side. This technique requires great skill and patience in the weaver plus a lively sense of design.

During a trip to Thailand in 2008, I was given several beautiful old sasigyo. One is in remarkably pristine condition. It was woven on a multicolor striped warp of fine mill-made threads, placing it within the British colonial period. Because of its color pattern, I call it “the rainbow sasigyo”. (See Image #1) I stopped in Taiwan on my way home and contacted my friend, Tsai Yushan, who teaches at the Fu Ren University Graduate Department of Textile and Fashion Design. I met her when we lived in Taiwan ten years ago. She is an accomplished tablet weaver and has published a book on the subject in Chinese.

When I showed her the “rainbow sasigyo,” she was immediately intrigued and readily agreed to analyze it. Within a few months I had her very thorough and clear documentation of the piece, including a hand drawn graph for its entire six yards! As a part of her study of this piece, she first graphed and then rewove a few sample motifs. Her skill, patience and diligence are a good match for the sasigyo weavers! Here are her comments followed by graphs illustrating stages of her analysis:

After analyzing and graphing this long sasigyo, I was astonished at the person who created it. I admire its rich and beautiful ornamental motifs and content, although I do not know the meaning of the text. I can imagine that the weaver spent much effort and time in designing the motif and text. The design shows considerable aesthetic sensibility. The weaving of such a textile required admirable skill and discernment.”

3. There lives the scripture donor Ko Pwint in Nyaung Yani, the town renowned as having glory such as the Indra's Celestial city Aruzza.

4. His diligence in doing meritorious deeds has never ceased. His habitual adherence to Buddhist precepts, generosity in donations and enthusiasm in performing meritorious acts are well-known by the townspeople.

5. He and his wife, the scripture co-donor Ma 0, are always in harmonious cooperation in doing such good deeds as if they had a firm mutual marital vow since their previous lives eons and eons ago.

8. The strong belief that even the murmur of a letter or a word represents the title of a certain Buddha leads them to commission certain professional palm leaf writers to produce for them a set of Buddhist scriptures at generous payment.

9. We, the donors, wish to share the returns of this merit to all the gods led by Indra, the King of Devas (*Hindu gods) and Gandhabba and all celestial beings, and with our master abbot, and our parents,

10. Whose gratitude is much greater than Mount Meru (mythical Hindu Holy Mountain). May all beings have a share of every return of our merit equally as we achieve. May all human and celestial beings acknowledge the receipt of their share of our merit by saying.

The third and final sasigyo we will consider may be much older than the other two we have looked at. Its reddish-brown color, its width and the hand-spun cotton yarn is consistent with an earlier stage in the development of sasigyo weaving. The weaving is not as fine as later dated sasigyo, and the imagery is highly unusual, even primitive looking. Furthermore, my translator in Burma affirms that there are a number of archaic linguistic forms and usages in the text, although it is still readable as Burmese. It is missing its loop end so we do not have the opening verses of the inscription. The names of the donors appear, but no date and place is given.

“The layman Nga Hpyu, his wife Shin Myit Htwar, their daughter and son with

Great joy donate this wonderful scripture which is clearly written,

Checked for accuracy, complying with every standard.”

Image #11. Scan of the imagery at the “tail end” of Sasigyo #3.Translation by Koto. Gift of Herbert Haar,

Sasigyo is a Burmese tablet-woven cord which is used to bind Buddhist scriptures. In Burmese the word literally means cord.