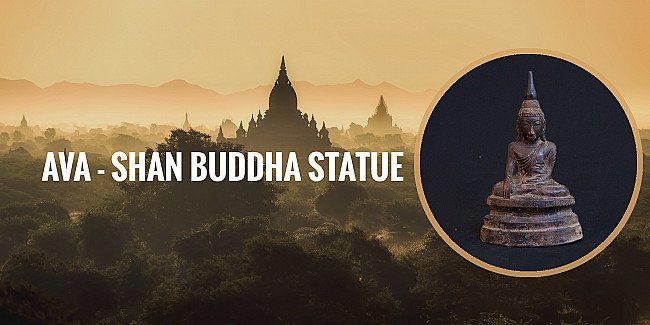 This period, once named “Ava Art”, was eventually renamed “Second – Third Ava Art” since Ava used to be the capital of the Tai Yai Kingdom which was later conquered by the Myanmar Kingdom which then made Ava its capital. Both ethnic groups lived together and exchanged their art and culture but this merging of the two cultures made it difficult for people to decide upon a name for the art of this period. Many called it “Shan Art” and others “Ava Art” depending upon the information they had at their disposal. Actually, this art style was different from pure Tai Yai (Shan); the face of the Buddha statues was rounder with a pointed chin and a small but distinctive mouth. The nose was straight with flaring nostrils and the torso heavier than in the Tai Yai Style. 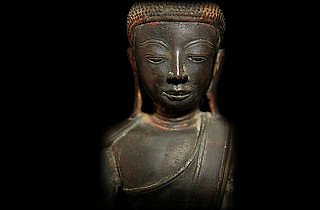 At the beginning of this period, the legacy of the Tai Yai style was still much in evidence but after Myanmar had established the old Tai Yai capital as its own capital, Myanmar art and Tai Yai art began to merge. In this way, a combination of Myanmar, Mon, Arakan and Tai Yai art came about which resulted in the distinctive style of the Second Ava Buddhist Art period, which was:

In this Second – Third Ava Art period, various kinds of material were used to create Buddha statues mostly depending on where the artisans that created them were living. Those commonly employed were precious wood, bronze with a high copper content and marble painted with lacquer (Rak), and then adorned with gold leaf. Papier mache images (called Pra Prong in Thai) made from sawdust or paper was also fashioned in this period and these would be crowned or decorated with coloured glass inlays. The Buddha statues fashioned in sandstone or alabasters were very rare.

See all of our Shan period Buddha statues in our gallery